Scarlett Johansson and Adam Driver just blew me away in Marriage Story. A brilliant, weird, real, sad movie….. Not sure I could do it again…but …. wow! I am glad I saw it.

Per Wikipedia: “Marriage Story received critical acclaim, with particular praise for Baumbach’s screenplay and direction, as well as its relatability, and the performances of Johansson, Driver, and Dern. It was chosen by the American Film Institute and the National Board of Review as one of the top ten films of 2019. Among other accolades it received six nominations at the 92nd Academy Awards, including Best Picture, Best Actor (Driver), Best Actress (Johansson), Best Supporting Actress (Dern) and Best Original Screenplay.[8] At the 77th Golden Globe Awards, the film received a leading six nominations, including Best Motion Picture – Drama, with Dern winning Best Supporting Actress. It was also nominated for five BAFTA Film Awards.”

Noah and I went to see Ad Astra today and I have very mixed feelings about it. There were some things I dearly loved about it. For instance for well over half the movie it was so believable and that I was in awe. This, I thought, is a real and possible future.

And the acting is terrific!

But once the main mission presented itself? The drama and the dangerous problem that had to be solved? Well, I don’t want to spoil anything, but END_OF_DOCUMENT_TOKEN_TO_BE_REPLACED

We went to see the movie, The Farewell and I’m glad we did. It was a powerful, thoughtful, incredibly well acted movie that really makes you think. The plot is that a Chinese family discovers that Nai Nai, their “matriarch,” the grandmother, has terminal cancer and has less than three months to live. But apparently the Chinese way—they stress this several times in the movie, right from the opening—is to not tell an elderly person. Why tell them and let them stress and mourn over their last days on earth? Instead, lie, so that their last days are lived to their fullest, happy and carefree.

I wasn’t a proponent for such a course of action. I thought, Whoa! I’d want to know so that I can make sure I get any unfinished business taken care of before I leave. Not only financial stuff, but making sure I had done all those proper “people” things. As in making sure there wasn’t any nastiness left or unsaid things, any apologies I might need to have made, or anyone I needed to forgive.

And that’s just how the protagonist of “The Farewell,” Billi, feels. But after watching The Farwell? I’m not so sure. The movie makes you think. And I can’t say how it does this, or I’d be spoiling the whole thing, but let’s say this: After watching The Farewell, I think I might not want to know that my days were truly numbered after all.

But what really makes this picture is the stunningly powerful performance by Awkwafina. We know she has comedic timing second to none from movies like Ocean’s 8 and Crazy Rich Asians. But darnit, girl! Who knew the level of her true acting skills? The subtlety? Her human presence versus comedic presence? Her chemistry? This woman is headed for an Oscar! Did you know she didn’t know any Chinese before making this movie? I wouldn’t have known! The entire case was good, especially a standout performance by Shuzhen Zhao as Nai Nai.

For those of you who tell me that you’re tired of action films and superhero movies and the like, or those of you like me who enjoy all kinds of movies, I recommend, The Farewell. I think you’ll be glad if you give it a chance!

So yesterday, not having planned on it, I accidentally got to see the new Godzilla movie and I didn’t even have to pay for it!

In fact, I don’t know how interested I was in paying for it because of how long and boring and dark I thought the last one was…

And having said that, what does that mean in regards to Godzilla: King of the Monsters?  END_OF_DOCUMENT_TOKEN_TO_BE_REPLACED 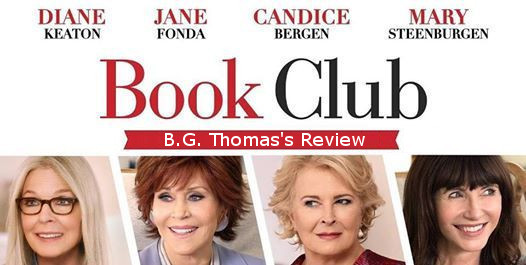 My title says it all. This movie could have been better, but overall, when all was said and done, I laughed a lot and I even cried more than once, and as far as I’m concerned, that says it all!

And I liked the fact that this was four women well into their lives proving that being over fifty doesn’t mean you’re dead.

It’s a movie about four post-50-something women who choose to read a crappy book, “Fifty Shade of Grey,” for their book club and how it affects them. The first thing I liked? That at no place in the film do they say the book was any good. To my relief, they groan and roll their eyes, and even make fun of it. But then they can’t deny the story is shaking them up in their later years. Their lives have become complacent. Especially romantically and sexually.

And then we see how each of the women’s personal love-lives change and I really loved that part. I am a romantic. So, yes, the script was less than brilliant—but it was still very cute, and laugh-out-loud-funny, and yes, romantic—and the acting *was* less-than-their-best—but still filled with many moments that made me *happy sigh*—but in the end, the movie was very romantic, and that was what I wanted.

I think the problem with the reviews (both critics and movie watchers) is that the previews and the knowledge of who all was in the movie (eight great performers including the love-interests) made this look like it was going to be THE romantic comedy of the year, and for some reason it…just wasn’t.

Several reviewers said the actresses turned in sub-par performances. I couldn’t go that far. What I think was wrong was the directing. The staging. Like he was letting everyone involved sort of mail in their jobs, from acting to editing to cinematography. In fact, I blame director/co-writer Bill Holderman for all the problems because the script needed tweaking as well. There were too many “talking heads” moments in the movie, where the actresses were lined up on the set like Mount Rushmore. Had the script been polished just a little bit and someone else directed it, I do believe it would have been THE romantic comedy of the year.

I liked this movie despite its problems. And I think it will be one that I see many times. And best of all, each of the four women have happily-ever-after endings without having to be less than who they are by finding a man. What could be better than that?

Noah got this movie for us to watch, but I had to watch it on my own first. He was not raised extremely conservative Christian as I was. I need to absorb this movie. And let me say right now it is a rough one.

I was never sent to an ex-gay camp or school or anything like that. But this movie drug me down a gravel road. It brought back so many scary awful memories. The horror and shame I felt for being gay. The questioning. The crying myself to sleep begging God to fix me…to make me straight. I just kept asking… God? Why would you give me these feelings and then tell me I’m going to hell for having them?

And I would be told by “helpful” Christians, who pointed out all the verses in the Bible, that God didn’t give me those feelings. It was Satan, using every tool at his disposal to get me away from God. Another “helpful” suggestion was that END_OF_DOCUMENT_TOKEN_TO_BE_REPLACED 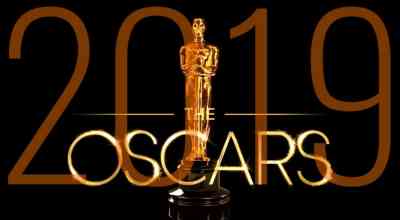 For those of you that know one of my big “things,” I dearly love the Oscars. Growing up and well in to my thirties, they pissed me off. Oh, did they! I would get so *mad* when the movies I loved were ignored, or when they did get nominated, didn’t win.

However, the more I studied film, and made it a cause to see all the nominated films–at least for the six major awards–I got surprised. In most cases, I began to see that END_OF_DOCUMENT_TOKEN_TO_BE_REPLACED

B G Thomas – writer
Create a free website or blog at WordPress.com.