BLURB: Kit Jefferies, a part-time department store Christmas elf, is an artist who loves life and his family. Unfortunately, his car dies at a rest stop in the middle of nowhere as he is heading home for Christmas. Enter Nick St. George.

Nick is a very unhappy man—he’s achieved his professional goals only to find the rest of his life bleak and empty. Deciding there was only one way to make everything right, he is on his way to San Francisco on a dark mission, and even the horrible sleet storm that blocked his path won’t deter him. That’s when he found Kit.

At first, Nick is pretty sure rescuing Kit was a big mistake. Kit’s personality is just too, well, effervescent. But as the miles go by, Kit begins to bring light to his dark heart. It might even be bright enough to illuminate a Christmas miracle. 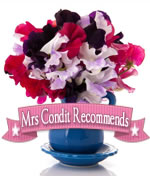 Nick St. George is an unhappy man, he may have money and success but he is lonely and bitter, his life pretty much a mess. Thrown out by his parents years before when they found out he was gay Nick lives his life conservatively, he doesn’t hide his sexuality it’s more that he doesn’t advertise it, no Rainbow Parades in Nick’s life, a decision that’s cost him at least one relationship.

Driving to San Francisco on Christmas Eve Nick is caught in a blizzard and seeks shelter at a rest stop, there he encounters obviously gay, out and proud artist Kit ‘Kitten’ Jefferies who’s trying to get home, which just happens to be in the same direction Nick is traveling. Nick very reluctantly agrees to take Kit home, at first Nick finds Kit annoying, he won’t stop talking, he’s bubbly and happy, but as they travel Nick warms to Kit. Kit is also attracted to Nick but finds him difficult initially, calling him Grumble Monkey in reference to all the moaning he does, but as they get closer to Kit’s home the men draw closer.

What happens when they get to Kit’s destination? Will Nick just wave goodbye and carry on to San Francisco?

I loved this story, it reminded me of films I’ve watched of strangers forced into road trips across America. Kit is sociable, he talks a mile to the dozen, he’s jolly, bubbly and he loves Christmas, exactly the opposite of Nick. Nick is tired and jaded. Tired of trying to prove himself to parents who don’t care, tired of trying to fit into a world that doesn’t want him, at least not as he is. Travelling with Kit forces Nick to revaluate his life, in fact Kit brings out the best in Nick, something the reader realises long before Nick does.

And the ending, It was unexpected and left me with tears in my eyes. I urge you to read Grumble Monkey and the Department Store Elf, it’s beautiful and sad, joyful and uplifting, it will touch your heart. I also have to mention the adorable cover and wonderful title, which rolls off the tongue so sweetly, Grumble Monkey is everything a Christmas story should be. If you only read one story this Christmas make sure it’s this one, you won’t be disappointed. Highly Recommended

Well, this was a cute short piece of Christmas fluff, without any explicit situations (sexy times were fade to black), but a message of love and family and taking a chance that just might save your life.

Beautiful imagery in a tiny little package. And while Kit was certainly over the top swishy, he owned it and thus only skirted the edge of annoying. To me. To Nick, well – that’s another story.

I really liked how the author pointed out their differences, what with Nick being angry and closed off most of the time, for reasons that are revealed slowly as the story progresses, and Kit being mostly happy, but also intuitive and kind and honest, again for reasons that are revealed through the narrative, without ever feeling like telling. Information is shared via dialogue and narrative, and the characterizations slowly emerge.

I’ve heard it said that anger can be an external manifestation of profound sadness. That certainly applies here. Grumble Monkey Nick is angry outwardly, hiding his pain so deeply that he doesn’t even realize how much pain he is in, or why he reacts the way he does. When he has his epiphany, it’s an awwww moment, and he does exactly what I wanted him to do.

There was one shocking moment toward the end, something that Nick relates as part of the narrative, something that I didn’t see coming, but that fit overall with his characterization.

Kit is just so frakking happy most of the time, and innocent to a certain degree, and his character radiates that with most everything he does or says. He’s the perfect antidote to someone like Nick.

I received a free ARC from the publisher. A positive review was not promised in return. This short novella is part of the Dreamspinner Press 2013 Advent Calendar which you can purchase here: http://www.dreamspinnerpress.com/store/product_info.php?products_id=4506&cPath=62_981